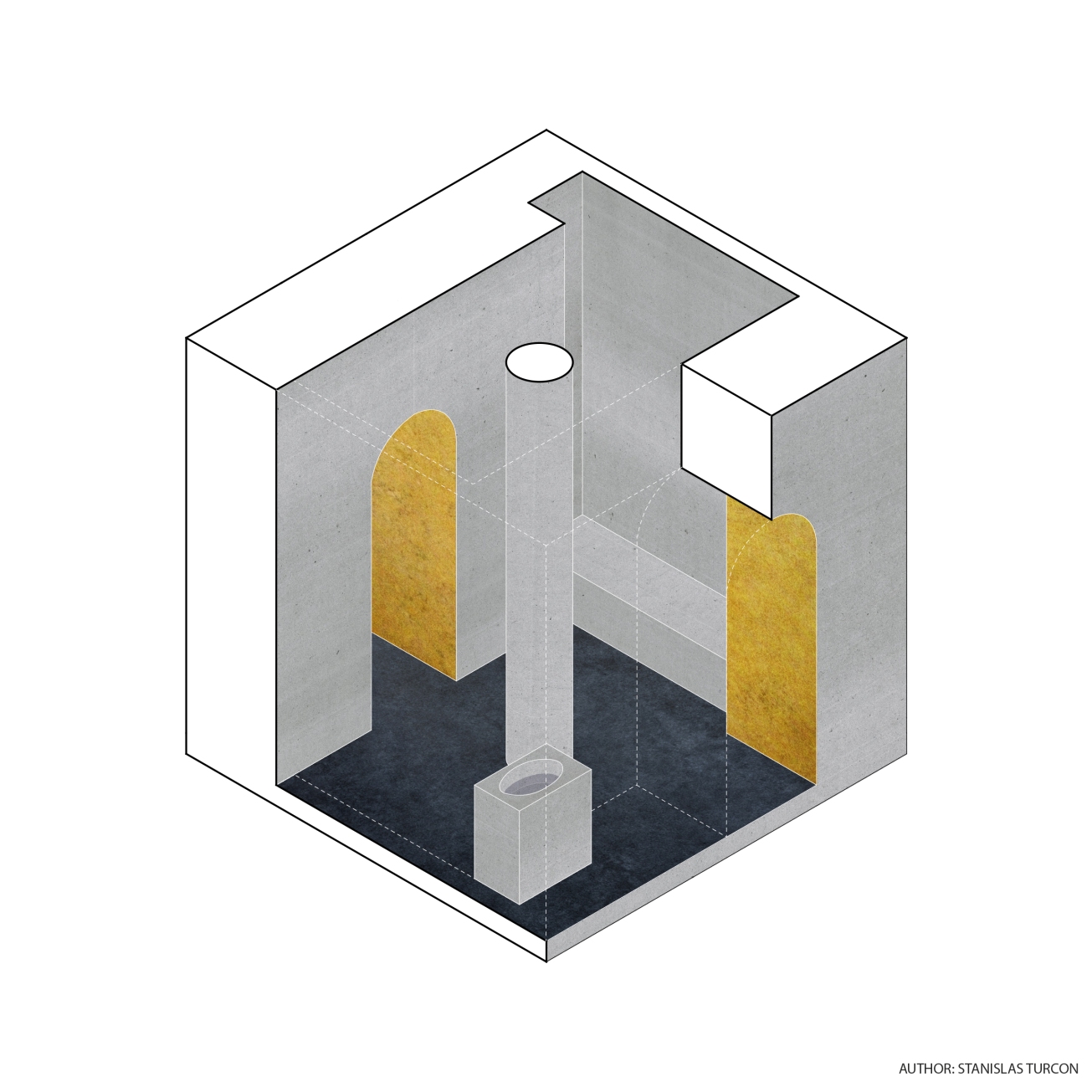 A vestibule is usually understood as a space of transition between the city and a building. The typology can take many forms and often conveys a particular image to the visitor of what the building represents. The 4 x 4m spatial restriction allows us to (re-)domesticate this space and potentially transform it into a place for conviviality. It is a space that allow for new rituals to take place in our daily urban lives . A bench allows for discussions or a rest and a sink induces a pause that marks the transition between the streets and the next space of performance. The materiality also tries to go against the architectural project of the contemporary metropolis which is, largely an economic one, by conveying a space that is not distorted by the market. Because, what is more grandiose and inviting than Renzo Piano’s Shard to attract other international flows of investments to the artificial grounds and sky of London

Stanislas Turcon is a Diploma Student at the Architectural Association