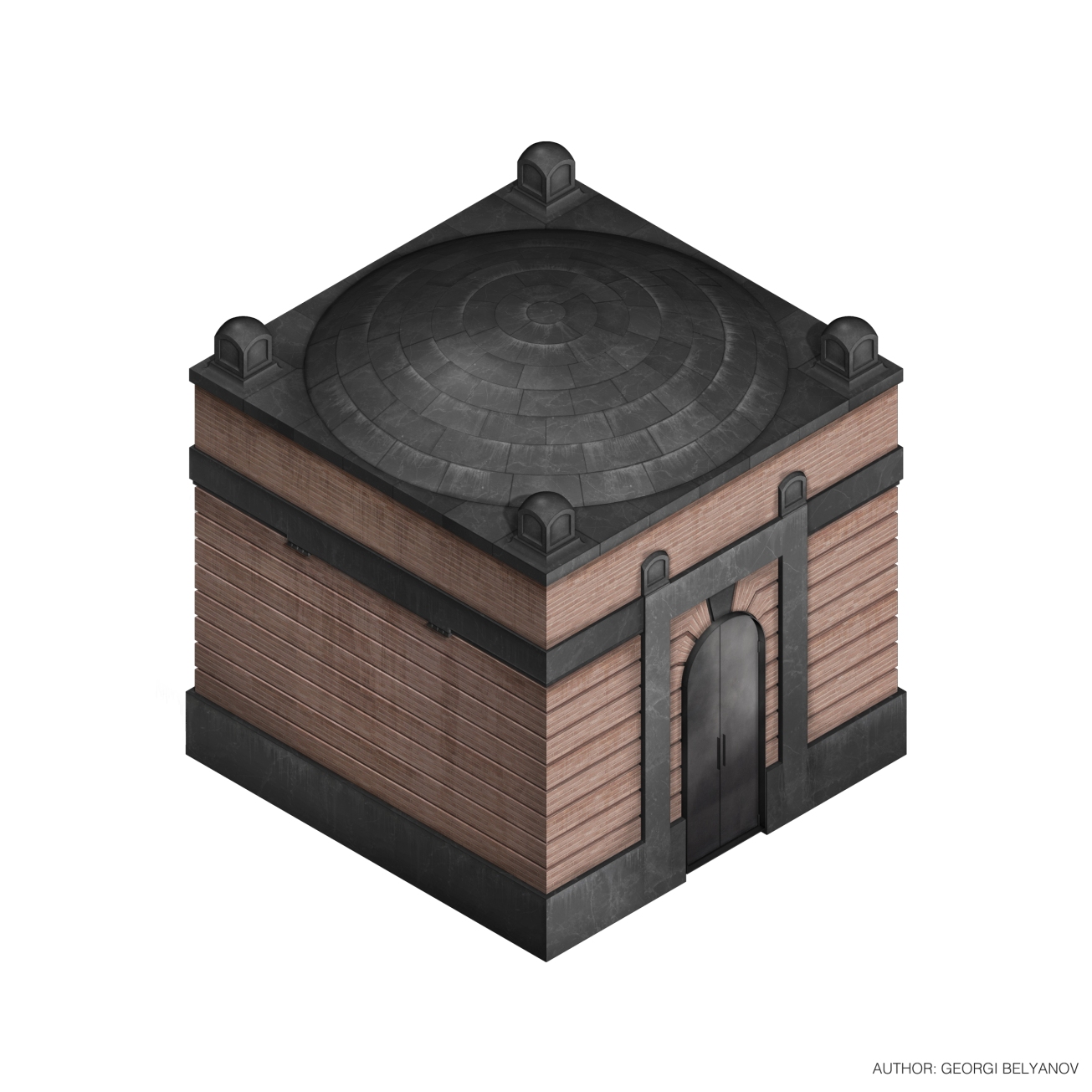 The essence of the cave typology arises from the fact that it is a confined, negative space that is cut out of a larger, undefined one. The proposal imagines the cave as a negative volume which is taken out of its container and turned into a standalone object which has the sole function of holding the void.

Entering the austere, windowless shell through two layers of doors, one steps into an inward-looking, domed cylindrical cell. Its curving walls, interrupted by four arched niches on the sides, are lined with wine and focus onto a tasting table at the centre. The cave detaches the user from the external world and provides a contemplative, sequestered space for the storing and savouring of wine — a miniature temple to wine.

Georgi Belyanov is a Diploma Student from the Architectural Association