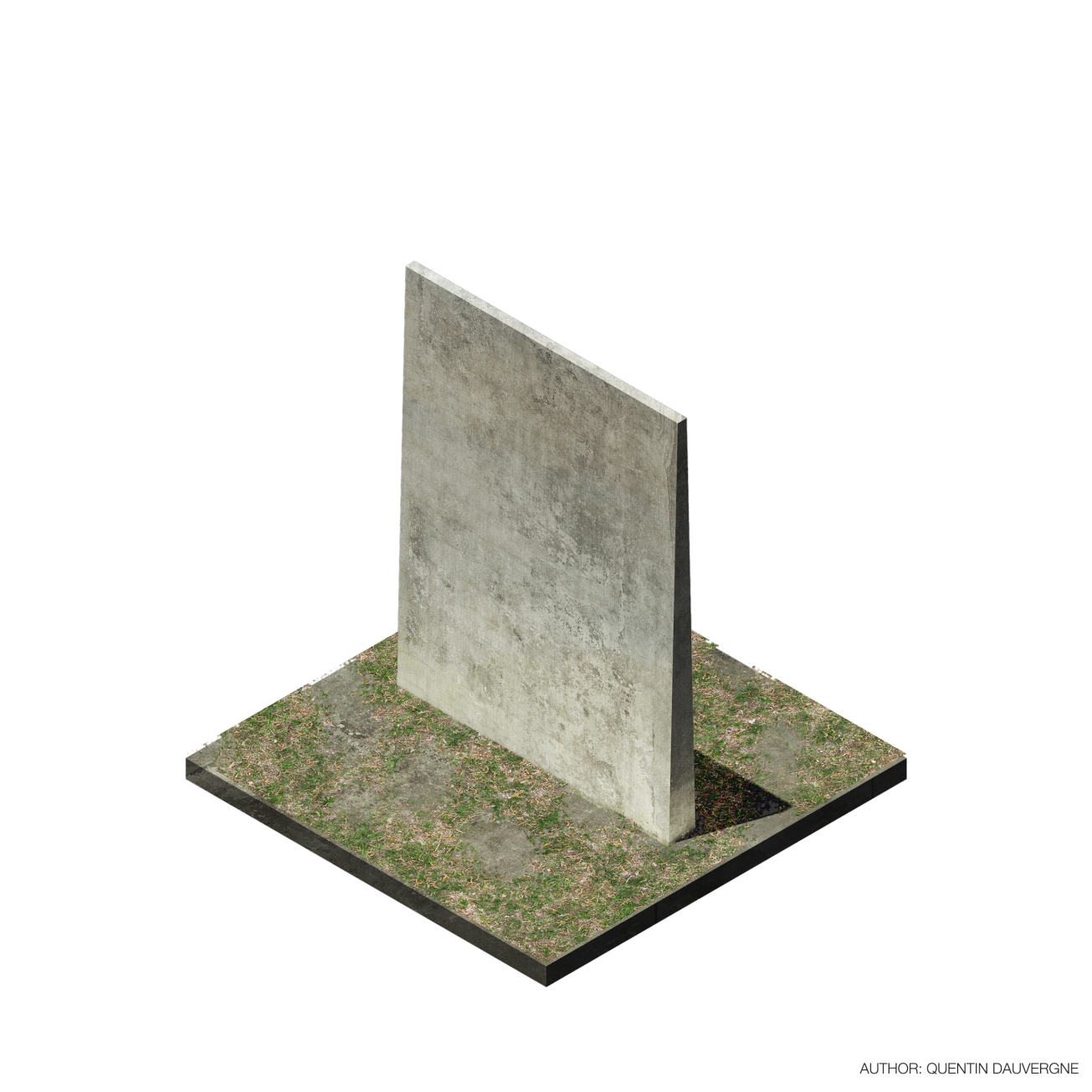 To me, the Tomb is the materialization of the ultimate transition between a time of verticality, and a time of horizontality.

Dying is lying down to never get up again.

Lying down is an experience of the calm of death.

Time slows down, we experience a different system of rhythms. The drifting clouds, the light wind on the grass. The variation of the sun’s intensity on the skin.

This rejection is represented by one of the most fundamental element of architecture: the lintel. The lintel is the celebration of an achievement, of life in its resistance, and the organization of this resistance by men.

The Tomb acknowledges the acceptance of the ineluctable victory of the forces opposing this resistance. It is the opposite of the lintel. All our life, we are standing on a soil which finally accepts us back into itself after having supported us in our twists and turns.

Recognizing the resistance of the soil as a support, the Tomb values its necessary role, and gives it a bed as a humble gesture.

The Tomb is not an element which celebrates individuality and singularity.

The Tomb is a wall emerging from a horizontal base.

The Tomb is a passage symbolizing an end.

Quentin Dauvergne is an Intermediate Student at the Architectural Association