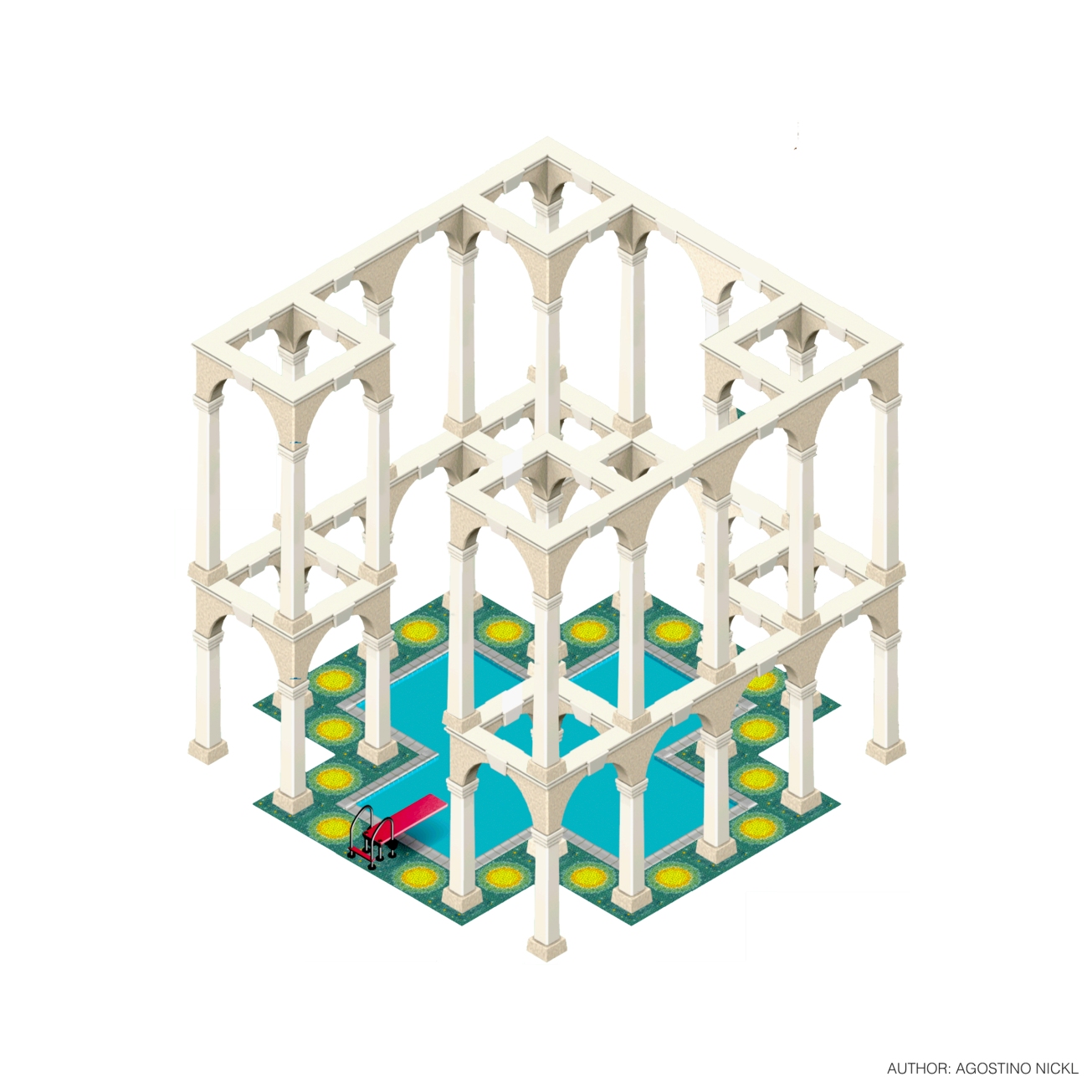 The tomb is a memorial for the dead as well as for the living. Hereby the tombstone orchestrates distance: the visitor is confronted with the other’s death, not with one’s own. The Memento Mori Memorial is a proposal to recall the possibility of death to the visitor of a graveyard – a pool with no ladder as ultimate deathtrap – its presence posing a silent threat and a positive incentive at the same point. The pool might never be used, but becomes a spatial vanitas symbol inviting to recall one’s own mortality.

Agostino Nickl is a M.Arch Student at the Bartlett School of Architecture