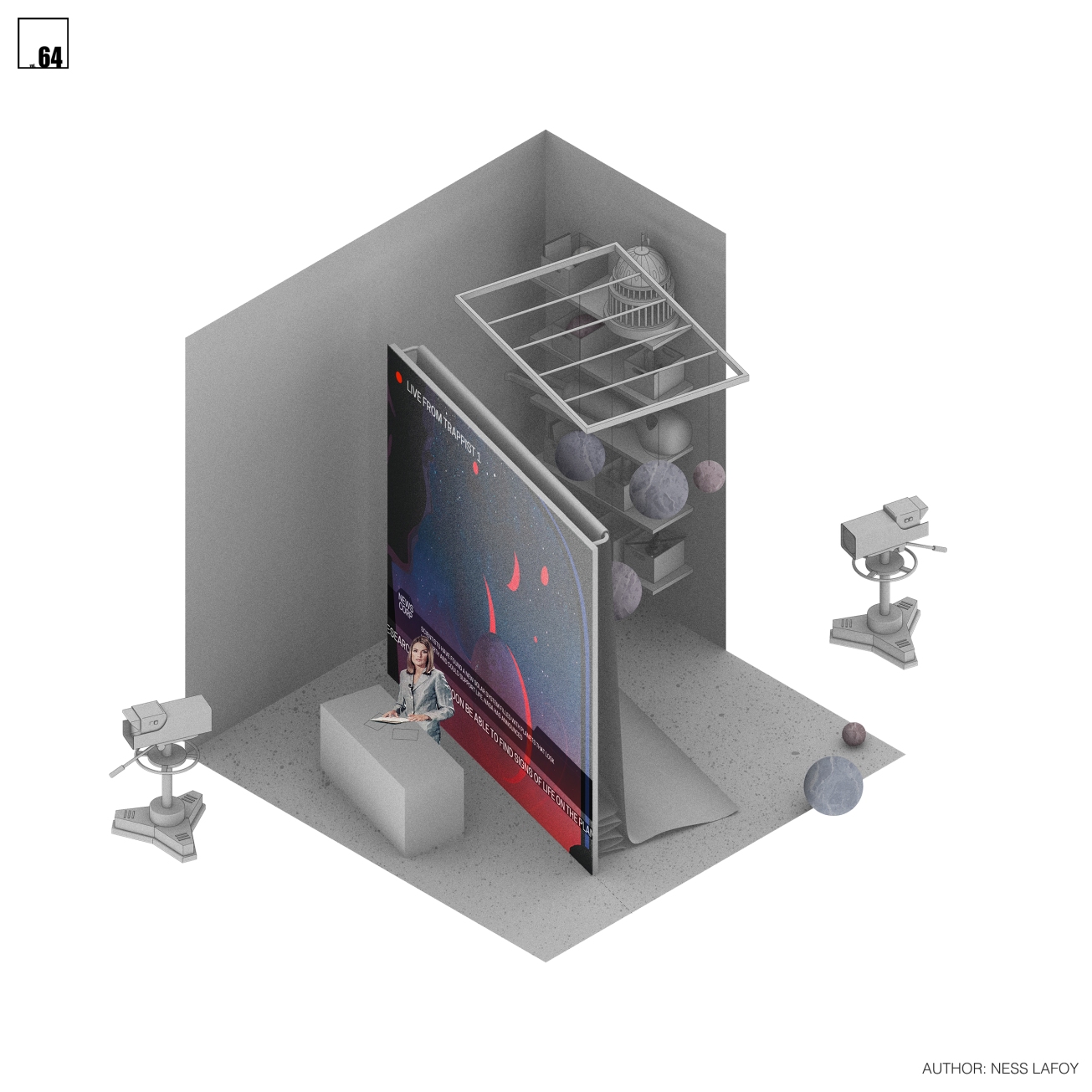 This drawing imagines a world in our post-truth future where scientific research agencies have been bought out by multinational corporations. Research and the resulting knowledge is bought and sold and discoveries must be fabricated, staged and broadcast to placate the general public, fooling them into thinking the human race is still advancing and gaining knowledge. This scene in particular imagines a staged trip to the recently discovered Trappist 1 Solar System – which supposedly has three potentially habitable planets. Perhaps in reality these planets are already being traded and their resources drained by corporations whilst the public is kept in the dark – satisfied with the occasional blurry satellite image, and led to believe that slowly but surely the human race is making scientific progress.

Ness Lafoy is a M.Arch Student at the Bartlett School of Architecture