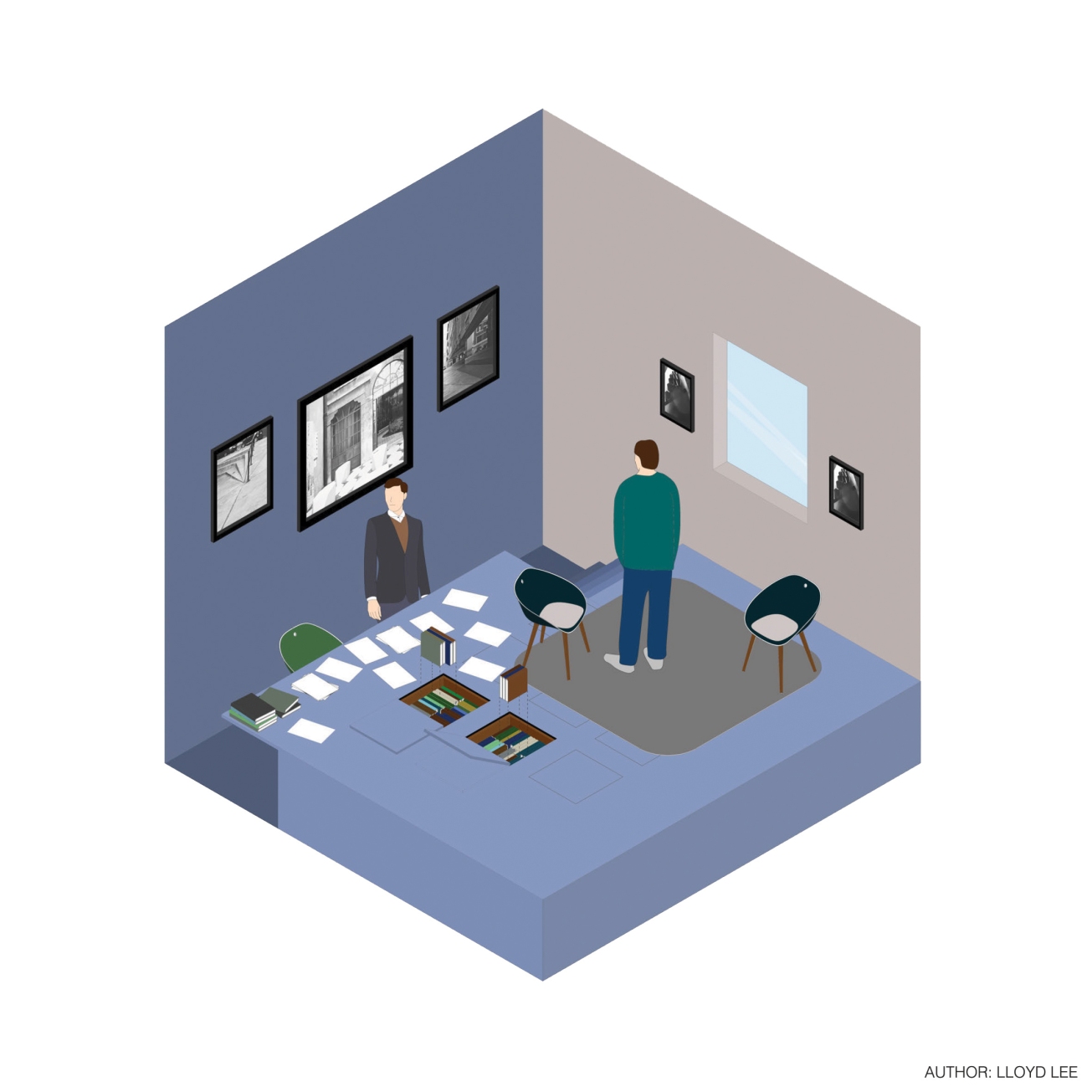 In conventional terms, a director’s office is directly associated with a sense of authority. In the 21st century however, where a lot of conventional social boundaries are being brought down the word ‘authority’ gained a new meaning. The rigid hierarchy of organisations where ‘commands’ were executed top-down is no more. The value of dynamic discussions and innovation outdated the model of authority.

In the director’s office shown above, there isn’t a desk nor bookshelves apparent. Usually identified as the centre piece of the office, a desk and bookshelves are the figures of authority. They carry symbolism of the status and the intellect of the director. By integrating the desk and the bookshelves into the floor, the hierarchy within the office is somewhat reversed. As an employee walks in, he is faced with the director’s half-body, poking up from the ground below. This somewhat comedic gesture challenges hierarchy, it is homage to 21 century office life.